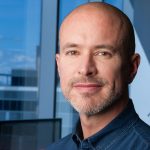 Glankler moves from his former role as president of the company’s Kids & Family division, which was sold to Boat Rocker Media in January 2018.

Most of the division’s staff moved to Boat Rocker while Glankler remained at Fremantle. He will now report to FMNA CEO Jennifer Mullin and be based in Burbank, California.

In the new role, Glankler will oversee the company’s strategy and business development, helping Mullin to identify potential investment opportunities and mergers and acquisitions that best complement both FMNA and the overall Fremantle business.

FMNA’s marketing and communications functions will fall under Glankler, who will guide the teams to advance the company’s overall messaging and branding for its scripted and unscripted portfolios.

“Rick has been a huge asset to FremantleMedia since joining the company in 2013. His passion and dedication to the business has brought with it enormous results,” said Mullin.

“Rick has exceptional vision and a proven track record of being able to build businesses and make strategic alliances. It’s with great admiration that I welcome him to the FMNA team.”