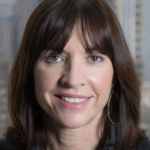 She’ll take over from current WBDL chief and DramaFever CEO and co-founder Bak after a “multi-week” transition period.

In the wake of that transaction, WBDL parent Warner Bros. Digital Networks was formed to oversee streaming efforts, including DramaFever, the Boomerang on-demand service and the upcoming DC Entertainment-branded SVOD network.

In her new post, Hirsch will report to Jay Levine, executive VP of WBDN.

The veteran digital content exec comes across from Time Inc., which spun out of Warner Bros.’s parent, Time Warner, in 2014.

“I am thrilled that Patty is joining the fast-growing Warner Bros. Digital Networks family,” said Craig Hunegs, president of WBDN and business and strategy at the Warner Bros. Television Group.

“Along with her wealth of knowledge, Patty brings to Warner Bros. Digital Labs a passion for, and commitment to, innovating through technology that will help take this group to new levels of success.”

Time Inc. was recently sold to Meredith Corporation for US$2.8 billion, a move that has led to publishing giant Meredith yesterday announcing plans to sell off magazine brands Time, Sports Illustrated, Fortune and Money, and lay off 1,200 employees.

Time Warner, meanwhile, is this week in court arguing the case for its sale to US telco AT&T, which the Department of Justice opposes on anti-competition grounds.

The result of that case will have widespread implications for the media and entertainment spheres.