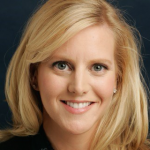 Girion will report to chairman and co-CEO Ben Silverman and co-CEO Howard T. Owens. She will oversee creative development and production of Propagate’s non-scripted content.

The exec will manage a team that includes Kevin Healy, who has been promoted to senior VP of entertainment and B.P. Jenkins, who is senior VP of development.

Girion has spent her career developing new material in a series of overall deals with both major studios, including Fox TV Studios, CBS, and Sony Pictures Television, and indie leaders such as Pilgrim Media Group and Shed Media.

Under her own Storyvision banner Girion created and executive produced the critically acclaimed docu-series Cheerleader Nation for Lifetime, comedic competition series Crowned: The Mother of All Pageants for the CW, and doc competition series Showville for AMC.

“Laurie is a highly respected show-runner and storyteller, and as we grow our creative ranks her expertise in the genre and leadership skills will be invaluable to us,” said Silverman and Owens.

“We are bullish on the growth of unscripted and are committed to creating, developing, and producing the most interesting, culturally relevant stories for the widest possible audiences.”

Propagate said it is “aggressively” aiming to forge new partnerships with best-in-class talent from the entertainment industry.

Recently, the indie studio joined forces with Zac Brown’s Southern Ground to reimagine hit series In Search Of. It is also teaming up with Project Runway executive producer Desiree Gruber for the reality series Labor of Love.

This year, Propagate will aunch its first straight-to-series scripted order, Blood & Treasure for CBS, and a new version of Charmed for The CW.