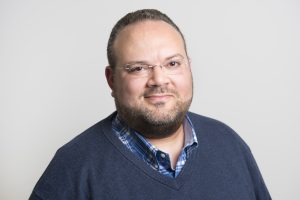 Fraser will be based in London and is responsible for driving international acquisitions and distribution deals across all genres, and developing new programming opportunities globally.

Fraser brings in over 20 years of experience to the role. Most recently he ran his own consultancy AMF Media Consulting, working with companies in the UK, US and Australia.

Prior to this, he was head of acquisitions for scripted, entertainment and North America at Sky Vision where he negotiated rights to over a thousand hours of content across scripted and non-scripted genres.

Sky Vision, the production and sales arm of paycaster Sky, last week announced it was shutting its production arm and moving its post-production capabilities to its base in West London.

For Red Arrow, the move comes after parent ProSiebenSat.1 Media reorganised its business this past December and brought together Red Arrow Entertainment and its multichannel network Studio71. This created Red Arrow Studios, and by extension, Fraser’s new firm, Red Arrow Studios International.

Pabst said: “At Red Arrow Studios International we are committed to building and working with a team of exceptional people, so I am delighted to welcome Alex. His wealth of experience will help drive our business and bring exciting new content to our portfolio.”

Fraser said: “With strength across multiple genres and deep-rooted producer relationships, Red Arrow Studios International is well-positioned at this pivotal time for the industry. I look forward to working with the team to deliver the best in global content.”