US cable net FX has given a pilot order for a drama from Ex Machina writer/director Alex Garland, named Devs. 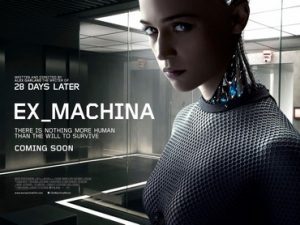 He will write and direct the pilot, which will be coproduced by FX Productions.

The series follows computer engineer Lily, as she investigates the secretive development division of her employer, which she believes is behind the disappearance of her boyfriend.

The news arrives after Garland and FX signed a production deal in July 2017. Rudin already has projects with FX in the works including a half-hour comedy pilot and the pilot of What We Do in the Shadows.

“Devs is a captivating series from Alex Garland, building on his track record of groundbreaking work that challenges our notion of humanity amid the seemingly boundless promise of technology,” said Eric Schrier, president of original programming for FX Networks and FX Productions.

Garland received an Oscar nomination for Ex Machina and has also worked on dystopian movies 28 Days Later, Never Let Me Go and Netflix’s Annihilation, which is one of the rare movies to achieve popularity on the streamer. It currently has an 87% approval rating on Rotten Tomatoes.