Lagardère Studios is investing in the Netherlands, securing a majority stake in Skyhigh TV. 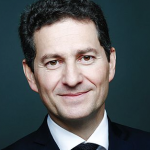 This follows the acquisition of Boomerang TV in Spain and Aito Media Group in Finland, as the French broadcast, production and sales group attempts to expand its European footprint.

Skyhigh was created in 1999 and specialises in the production and distribution of entertainment, factual and documentary shows.

Christophe Thoral, president of Lagardère Studios (pictured), said: “The Netherlands is the third largest exporter of TV formats in the world. Our acquisition of Skyhigh TV naturally serves to further our strategy for international growth, but it will also accelerate our policy of creating and circulating formats among our various structure.”

Van den Bosch, CEO at Skyhigh, said: “We are looking forward to becoming part of an ambitious organisation such as Lagardère Studios. It is an exciting prospect to share in the creativity of the wider Lagardère group and to keep developing our own inspiring formats in addition.”