British content is under threat, as budgets get cut, with global players highly unlikely to make up the shortfall, according to BBC deputy director-general Anne Bulford. 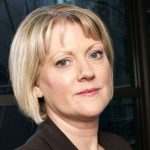 peaking at the Media & Telecoms Conference in London, Bulford said the BBC’s ability to fund UK content had been hit by financial constraints, while reduced advertising revenues had hit commercial broadcasters.

“At the BBC, high-quality British programming has always been our priority,” she said. “British ideas and talent, but as our income has fallen in real terms over recent years, our ability to fund original British content has diminished.

“Of course, this is not just about the BBC: over the same period commercial broadcasters, traditionally major investors in British content have been hit by reduced TV advertising revenues.

Bulford said this trend is likely to continue, with a likely drop of £500 million (US$692 million) in spending on British programming by 2026.

Bulford said there was a lack of “any real evidence that this is a gap that will be made up by the big, new global players”.

On the contrary, she said, “the evidence suggests that their investment decisions are increasingly likely to focus on a narrow range of very expensive, very high-end content – big bankers that they can rely on to have international appeal and attract large, global audiences”.

Execs such as Sky content chief Gary Davey have previously rubbished the BBC’s position on the coming original content fight.

Bulford said that the BBC “has shrunk as the market has grown” since the licence fee that funds it was frozen in 2010.

This has happened at a time when the cost of making programmes has risen dramatically, she said.

Bulford said that the BBC would have to be more creative in finding solutions, looking not only to co-productions and commercial activities to broader forms of cooperation.

“Alongside the real potential for co-production and commercial growth, I am very much aware that we need to explore other potential options to increase our income if we are to keep pace with the global players, and if we are successfully to safeguard British content and British creativity,” she said.