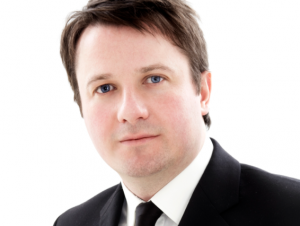 The programming chief at the production and distribution arm of Sky is moving to indie Znak & Co, with Sky Vision Productions closing down.

Danny Tipping (left) is leaving his post as director of programming and development at Sky Vision Productions to become head of factual at the indie, which counts Sky as its majority owner.

“The closure of Sky Vision Productions, and the transfer of our post production services from Chorleywood to Sky’s central campus is a re-alignment that allows us to drive efficiencies,” she added.

A Sky Vision spokesperson told TBI that there “may be some job losses”, but added they would be “minimal”.

“We will be working closely with anyone who is affected, [as] all operations from Chorleywood have been moved to Osterley.”

Other Sky Vision production and distribution operations are unaffected.

He had gained his post in 2014, news TBI broke at the time, as part of a restructure of the Sky Vision management team.

Sky had bought into the business in the same year, and a UK base later opened, out of which current Sky 1 series Revolution is produced.

“Under Danny’s leadership we plan to mirror the international success we have had with entertainment formats such as Revolution, with Danny developing and producing factual content for both the UK and US markets.”

Sky Vision’s parent, Sky, is currently in the middle of what looks to be a bidding war between 21t Century Fox, which plans a takeover before selling on to The Walt Disney Company, and Comcast, which has emerged from nowhere to derail the Murdoch bid.