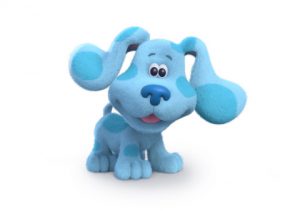 The network is set to bring in more than 800 new episodes of new and returning series, including a reboot of Teenage Mutant Ninja Turtles and a remake of the preschool entertainment landmark, Blue’s Clues.

Nick is also looking into areas of emerging tech, with original VR and AR experiences and location experiences planned for the year. It includes a new partnership with IMAX to bring to SlimeZone – its first multi-player, social VR experience – to select IMAX VR Centres globally this month. 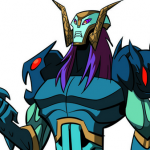 There was also a first look at the new villain, Baron Draxum, who WWE wrestler John Cena is voicing in new boys toon Rise of the Teenage Mutant Ninja Turtles (right).

“With our share growing and content pipeline in overdrive, we are reinventing ourselves to best serve the new and next generation of audiences on new and next-generation platforms,” said Cyma Zarghami, president at Nickelodeon Group.

“Kids are both our anchor and North Star, and that bond with the audience allows us to connect to them everywhere.”

The news comes a month after Viacom promoted COO Sarah Levy to a post that sees her in charge of operations for Nick among other channels. That has left questions over Zarghami’s role, but today’s news shows she remains in charge.