Lionsgate has partnered with Facebook to bring unscripted series You Kiddin’ Me, which is executive produced by Kim Kardashian West, to the latter’s Watch platform. 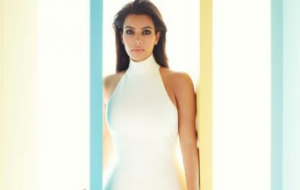 The ten-episode series was inspired by Kardashian West’s own family antics, as a comedic prank series in which celebrities must do everything their own children say.

You Kiddin’ Me will be available via mobile, desktop and Facebook’s TV apps. Members of the platform will also be chosen to participate in pranking their favourite celebrities.

In addition, the producers and celebrity kids will crowdsource top prank ideas from the Facebook community for the show.

“I know from first-hand experience that children are wise beyond their years and can come up with the craziest things, so imagine how funny it will be to see them make all the decisions,” said Kardashian West.

“I’m delighted to be working with the Lionsgate and Facebook teams on this exciting new venture and invite viewers to witness their favourite celebrity parents get pranked when we launch the series on Facebook Watch.”