BT will not invest in drama, says CEO

BT will not go down the route followed by Telefonica and some other telecom players and invest in original drama, preferring to maintain its existing exclusive focus on sport, according to CEO Gavin Patterson. 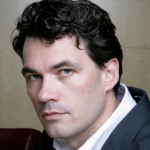 Speaking at Mobile World Congress in Barcelona yesterday, Patterson (pictured) characterised sport as a market-specific type of content and said that fiction, by contrast, was increasingly dominated by international players such as Netflix and Amazon.

“In general entertainment and movies, we don’t intend to be a producer,” he said, adding that this type of content was “a global game, increasingly”.

“Sport is different,” he said. “We’ve taken a different approach there. We do license content…and we’ve created a series of channels. We find it is a way of creating true differentiation for our broadband service. What we’ve been able to demonstrate is that close integration of content and technology brings the content to life more.”

Patterson said that BT’s investment in a state-of-the-art studio enabled presenters to do interesting things. Beyond that he said BT had pioneered world firsts in terms of picture and sound quality. “We have also been able to bring new techniques like VR…and social to the party,” he said.

Patterson said that BT was “very happy” with the progress it had made with sports and saw it developing more initiatives in this area. “How it relates to mobile and social and how we engage with young people, these are challenges all broadcasters have.”

in general entertainment, he said, BT would be “more of an aggregator” in what is increasingly a global business dominated by the likes of Netflix and Amazon. “As we’re focused only on the UK, we can’t compete with Netflix for those big dramas,” he said. “I don’t believe we need to own content in the same way.”

Patterson said that BT would, on the other hand, partner with global OTT TV players.

“Netflix is proving to be a phenomenal proposition for customers,” he said. “Denying that your customers want it is ridiculous. We are lucky in that we can embrace Netflix, integrate it in our EPG… and partner with Netflix.

“That is how we see ourselves going forwards. We are a super aggregator… with a nice, clean, easy-to-use customer interface.”

Asked about fixed-mobile convergence and BT’s acquisition of EE, Patterson said that “convergence has happened” across much of Europe. “It is clearly an important new category that customers want. As the only combined fixed and wireless player in the UK, we are in a unique position.”

He said that convergence had gone “from fixed to wireless” in most cases, with fixed operators acquiring mobile networks rather than the other way round. He said the combination of networks with seamless connectivity gave customers the “best of everything”.

Patterson said that increasing consumption of data without a willingness to pay higher prices means that operators have to become more efficient and that means “combining fixed and wireless together” with more points of presence around the network so that customers can log in wherever they are.