Monica Galer will be stepping down as president of FremantleMedia France after seven years and will be replaced by Bruno Fallot. 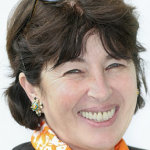 Fallot, who is currently the executive producer of France’s Got Talent, will assume the role on March 1, 2018.

Galer (pictured), who has been with Fremantle since 2002, has been responsible for producing a range of hit shows for the company including  Farmer Wants a Wife (L’amour est Dans la Pré), The Price is Right (Le Juste Prix), Idols (La Nouvelle Star), Got Talent (La France a un Incroyable Talent) and Going for Gold (Questions Pour un Champion).

The exec has also significantly expanded the business’s scripted presence, acquiring majority stakes in Kwai and Fontaram, both of which, going forward, will report into a board of senior FremantleMedia executives.

She also established Blue Circle, Fremantle’s Dutch operation, and went on to become CEO of Northern and Southern Europe before becoming president for the company’s French arm.

Previously, Fallot was the director of programmes at channels NRJ12 and Cherie25, both part of the NRJ Group, the French multimedia group.

Alongside his work with Got Talent, Fallot has also previously worked at Fremantle France producing shows such as Total Blackout, Take Me Out (Seduis-moi si tu Peux), The X Factor (as associate producer) and, internationally, Arab Idol.

Cécile Frot-Coutaz (pictured), FremantleMedia Group’s CEO, said: “Monica is a doyenne of the European format and production industry and, while I respect her decision to stand down after a number of years at the helm, I will miss her.

“I am delighted that Bruno Fallot has agreed to take over the reins. He has been a highly valued and respected member of the global Fremantle family for a number of years now, and I know his passion and flair will deliver significant creative and commercial success in this hugely important market.”