All3media is backing the launch of a new scripted venture from British actor-director Noel Clarke and actor-producer Jason Maza. 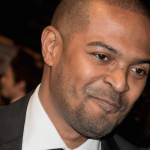 Unstoppable Film and TV will be based in London, while Clarke and Maza will also look to strengthen its US presence.

All3Media International is to become distribution partner for the new outfit.

Stephen Lambert will be Unstoppable’s non-executive chairman and Studio Lambert’s business affairs and finance departments will provide support services to the company.

Clarke has had roles in BBC hits Auf Wierdershen Pet and Doctor Who. He was also writer and actor in movie trilogy Kidulthood, Adulthood and Brotherhood.

He has since appeared in Hollywood blockbusters such as J.J Abrams Star Trek Into Darkness and Duncan Jones sci-fi thriller Mute, as well as playing the lead in various TV series including the upcoming Sky One crime thriller Bulletproof, which he also co-created.

Maza is a London born actor and producer who has had roles in Fish Tank, Shifty and action thriller Welcome to the Punch, alongside TV appearances in BBC One popular drama Call the Midwife and Bulletproof.

All3Media CEO Jane Turton said: “I’m really excited to welcome Noel and Jason to All3Media. The breadth and quality of their work speaks for itself and it’s fabulous to be partnering with them as they launch Unstoppable Film and TV.”

Last October, Clarke teamed with Lionsgate UK for the TV remake of Kidulthood via Unstoppable.