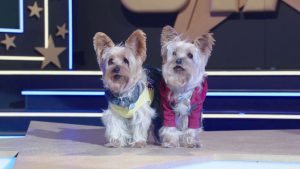 The deal comprises the Pup Star franchise and others ABE has produced with The Walt Disney Company, Air Bud and Disney Air Buddies, plus the MVP franchise.

ABE is a family-focused production company based in Malibu, California, and all of its content will be available in China following the iQiyi agreement.

Rights included are SVOD, TVOD and traditional television, plus theatrical release and licensing and merchandising.

“This iQiyi deal marks a major milestone in our company history as all films in the beloved Air Bud movie franchise have now been licensed in every major country in the world,” said ABE founder and CEO Robert Vince.

“The partnership with ABE is of great importance for iQiyi. Many of ABE’s films have enjoyed high popularity in North America and have been well received by audiences of all age groups, which is in line with iQiyi’s content strategy as well,” said Yang Xianghua, senior VP at Baidu-owned iQiyi.

“Our extensive cooperation covering theatrical distribution, gaming and merchandising will enable us to explore new opportunities in both online and offline markets and achieve greater value in this industry.”