Lifetime’s head of programming, Liz Gateley, is leaving the A+E Networks-owned US channel to focus on her family.

Joanna Klein will remain in charge of Lifetime’s scripted series.

Gateley has held her role since April 2015, when she joined Lifetime for the second time.

Before that, she had worked at MTV as senior VP of development and launched DiGa Vision, the prodco behind Teen Wolf. 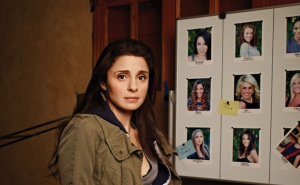 Her commissions during her second run include scripted series UnReal (pictured), Catherine Zeta-Jones-starrer The Cocaine Godmother and, more recently, a straight-to-series order for a drama from Orange is the New Black creator Jenji Kohan called American Princess. She also oversaw unscripted shows such as Married at First Sight.

Gateley now plans to spend more time with her family. She called her role “a dream job” and said she was exiting “with a heavy heart”.

“I would like to thank Liz for her enormous contributions to Lifetime, and I am glad she will continue to lend her expertise on some upcoming projects for us,” said Nancy Dubuc, president and CEO of A+E Networks. “I deeply respect her choice to spend more time with her family. I also echo Liz’s delight, and I am personally proud that three strong women will be leading Lifetime’s programming teams. Congratulations to Tanya and Gena on their promotions.”