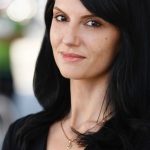 Sirens founders Toth Diefenbach and Haselton will transition to creative director roles, and remain hands on as creators and producers.

In her new role, Sebastian-Dayeh will have responsibility for all content creation across a range of genres for broadcast, cable and streaming platforms.

She joins Sirens from her role as senior VP of development at ITV Entertainment, also part of ITV America.

Since 2016 she has spearheaded development for the production label, creating and producing series and formats such as The Four: Battle for Stardom for Fox, Four Weddings for TLC and The Real Housewives of New Jersey for Bravo.

Sirens, which was formed in 2005, was acquired in 2013 by Leftfield Entertainment, which subsequently was acquired by ITV in 2014.

George and Sher said: “As a high-level executive with network and production expertise, and serious creative chops in pop culture-driven content, Jessica is perfectly positioned to lead Sirens Media as it heads into a new chapter at ITV America.

“We’re thrilled that Rebecca Toth Diefenbach and Valerie Haselton will be working with ITV America as creative directors, with emphasis on Sirens Media’s crime-focused programming.

“Their expertise in this space cannot be overstated; it has been transformative for Sirens and for the unscripted industry.”