Show of the week: Tib & TumTum 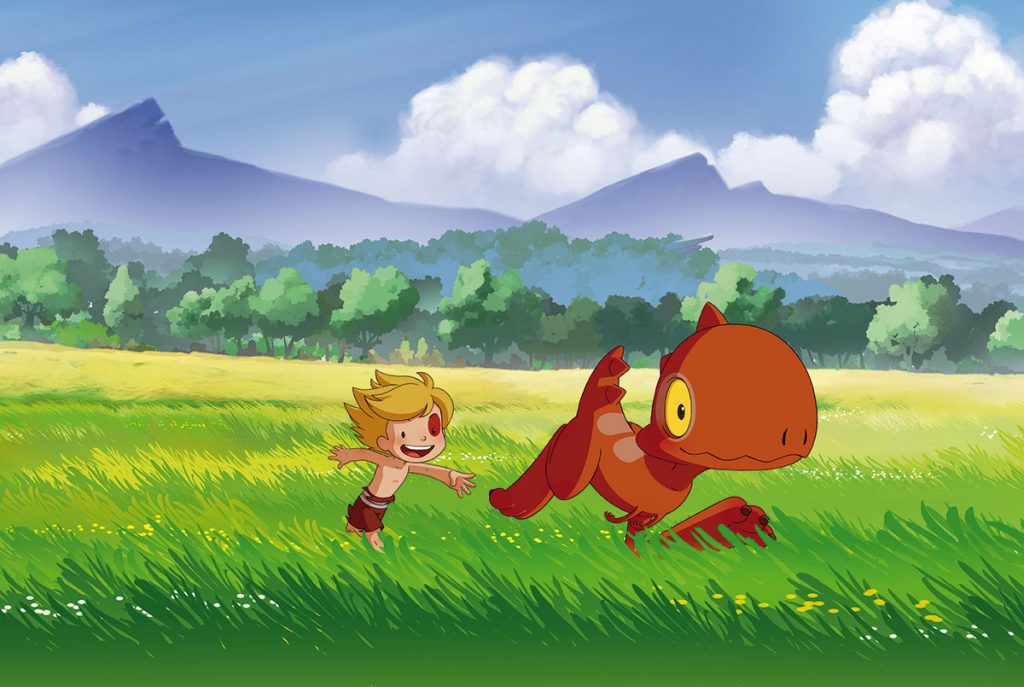 Tib and TumTum is focused on teaching children to accept diversity. Based on a comic book by Flora Grimaldi and Nicolas Bannister, it tells the story of Tib, who is different from other children in his prehistoric village as he has a birthmark on his face.

The children of the clan make fun of him, but Tib has something else they do not: his best friend is a dinosaur. Eric Garnet, producer and co-founder at French toon house Go-N, says: “It conveys universal values: being open to difference, personal achievement, friendship and humour, whilst taking the drama out of learning about life.”

The 52x13mins animated show is aimed at kids from 5-8. Digital elements are currently in development for the show, and Go-N aims to target kids across numerous channels, networks and platforms.

Go-N International, the commercial arm of Go-N recently hired French sales veteran Marie Congé. The unit handles distribution of all rights of the series including TV, VOD and L&M. The only exception is publishing, which is reserved to the publisher of the comic books, Glénat Editions.

The show: Tib & TumTum
The producer: Go-N Productions
The channel: TF1 (France) and KIKA (Germany)
The distributor: Go-N International
The concept: Comedy action drama series about a friendship between a boy and a dinosaur