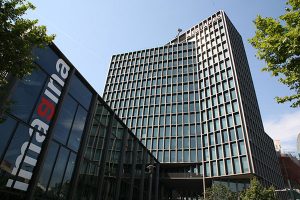 The deal sees OCH acquiring the stakes of Torreal, Televisa and co-founder Gerard Romy’s Mediavideo, which owned 22.5%, 19% and 12% respectively.

Shareholder WPP will keep its 23% shareholding, as will two company founders, Tatxo Benet and Jaume Roures, who each own 12%.

Benet and Roures released a statement saying the deal gave Imagina “a significant boost to its competitive strength in its traditional markets of Spain and Europe” and confirms “the markets’ confidence in its business model and its growth strategy”.

The deal would also allow Imagina to move into “emerging markets like China”. They plan to produce, sell rights and develop content in “Spain, Europe and the Americas, and grow in China and the Asian market”.

“This acquisition is a crucial step towards Orient Hontai Capital’s international expansion in Europe under the ‘One Belt, One Road’ strategy,” said OHC CEO Tony Ma.

“We strongly believe in the potential and prospects of Imagina and the new media technology industry as a whole.

“The acquisition of Imagina will not only enable us to introduce advanced audiovisual production technology to China, but also opens new perspectives for exchanges and cooperation among China, Spain and Latin America in fields like content, culture and sports.”

The deal is subject to regulatory approvals, with Imagina and OHC expecting it close in the

News of the deal first emerged in November last year.