UK pubcaster the BBC has put a drama from Downton Abbey producer Carnival Films that’s based on new Francesca Segal novel The Awkward Age into development. 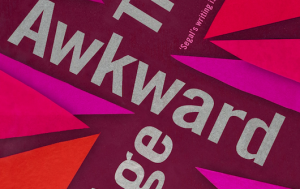 Helen Edmundson (An Inspector Calls) is writing the adaptation, which will follow the lives of a modern blended family.

The book follows a widowed woman who meets an American man after five years alone, exploring how they attempt to bring their lives and teenage families together.

Carnival’s Gareth Neame, who was upped to executive chairman in a reshuffle announced in December 2017, will executive produce along with Nigel Marchant and Joanna Strevens. Tara Cook is development producer.

The Bay will be a six-part contemporary drama set in the unique British coastal town of Morecambe Bay. Filming will begin in the summer.

The drama will follow a detective sergeant, who, despite her training as a police family liaison officer, finds she has a personal connection with a frightened and grieving family.

ITV has also commissioned Tall Story, which is part of ITV Studios, to produce a second season of crime drama Bancroft, which stars Sarah Parish as a ruthless DCI.