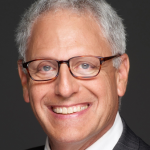 He will succeed Declan Moore, who has the run the business since its inception two years ago.

NGP came into being in September 2015 when 21st Century Fox took control of its programming joint venture with NGS, which is a global non-profit organisation focused on the environment, the natural world and conservation.

At that point, veteran NGS exec Moore was named CEO of NGP, overseeing the integration of staff and operations. He is now ending his working connection with Nat Geo after 23 years.

The incoming Knell (pictured) has led NGS as president and CEO since 2014, and will succeed Moore on March 1.

At NGS, he had focused on non-profit and educational activities, and oversaw print and digital platforms, travel, and consumer products until they merged with NGP.

Knell has a deep background in public organisations, previously leading NPR as president and CEO, and spent 22 years with Sesame Workshop.

NGS board trustee and NGP board member Jean Case said Knell’s “passionate commitment to science, exploration and storytelling – combined with his deep expertise in media and his love of the National Geographic brand – makes him ideally suited to lead National Geographic Partners to its next level of success”.

Nat Geo is among the assets 21st Century Fox is selling to The Walt Disney Company for a total of US$66 billion.

“Declan has been a tremendous champion of National Geographic, and his steady leadership in the founding of National Geographic Partners has created a foundation for it to thrive as one of the world’s most iconic media brands for years to come. Gary is ideally situated to build on that momentum. Nobody understands National Geographic better than Gary, and his breadth of media experience, strategic mindset and global perspective make him the perfect leader of the organisation at this exciting time of transformation.”