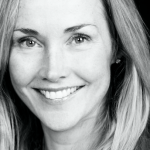 In the newly created role, Wilson will work closely with CEO Diederick Santer and COO Martin Haines at the Endemol Shine UK-owned drama producer. She will transition with immediate effect.

She will oversee the creative direction of the company as it “gears up for growth”.

Wilson joined Kudos in 2001 and has worked on numerous high profile series, including Hustle (BBC One), Spooks (BBC One), Utopia (Channel 4) and The Tunnel (Sky Atlantic).

The new creative chief has also previously worked as script editor for Thames Television and the BBC.

Santer said: “Celebrating a quarter century of leading the way in drama, Kudos is once again evolving and reforming by bringing our smartest, hardest-working, and longest-serving creative into the leadership of the company.

“Karen is a brilliant and confident colleague, epitomises all the values we aspire to at Kudos, and I’m thrilled to be working with her even more closely across all our output, including three as yet unannounced commissions.”

Wilson said: “I am passionate about Kudos; its people, its output and its ambition. So to have the opportunity to work with Diederick and Martin in shaping its future is hugely exciting.

“Working with both new and existing partners and collaborators I’m looking forward to delivering outstanding work for both domestic and international audiences.”