Mark Burnett and Mike Darnell (below right) have joined forces to conjure up the “Olympics for entertainment” – a format called The World’s Best for US broadcaster CBS. 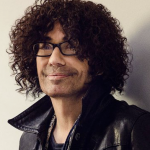 The format is being billed as a “first-of-its-kind global talent competition that features acts from every genre imaginable, from every corner of the planet”.

Each episode will see competitors perform to impress American judges and a ‘wall of the world’ – 50 of the world’s most accomplished experts from all fields of entertainment.

“This is a unique, original format with global scale led by two of the most accomplished producers on television,” said Sharon Vuong, senior VP of alternative programming at CBS. “Mike and Mark are not only the very top producers in the genre, but they also understand how to create compelling competition and build enduring franchises.” 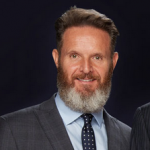 Burnett (left), creator of The Apprentice and The Contender among others, is producing through his MGM Television operation, while Darnell does the same through Warner Horizon Unscripted & Alternative Television, which is part of Warner Bros. Entertainment.

Burnett claimed: “The time has come to take talent competition shows to the next level”, adding the series would be “like the Olympics for entertainment”, while Darnell said The World’s Best would be a “game-changing event”.

They both executive-produce along with Alison Holloway, Brook Karzen, Barry Poznick and Dan Sacks.

For Burnett, the news comes soon after US premium cable channel Epix, which is part of MGM, announced it was rebooting his boxing format The Contender.

Former Fox alternative chief Darnell, meanwhile, has found recent success through Little Big Shots, but is best known for helming American Idol in the US.

Darnell and Burnett previously worked together on quiz format 500 Questions.