Amazon Prime Video has boarded a first high-end drama from All3Media, which is producing for its backer, cable giant Liberty Global. 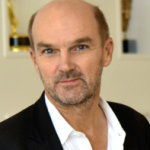 The Feed will go out in the US, Canada and Latin America as an Amazon exclusive with Liberty-owned Virgin Media airing it in the UK as its debut scripted original.

Other Liberty cable services will offer it to customers in their respective territories.

The drama comes from The Walking Dead writer Channing Powell, with distributor All3Media International and All3 prodco Studio Lambert attached.

In 2016, All3 scored a high-end drama output deal with Liberty and Virgin.

The Feed will be based on a recently published novel from Nick Clark Windo of the same name, and will launch globally in 2019.

Set in London in the near future, the psychological thriller centres of the family of a man who created an omnipresent technology that is implanted into nearly everybody’s brain, allowing them to share information, emotions and memories instantly. The family is driven apart as the tech goes wrong and people with the implant become murderous.

Powell, a writer and co-executive producer on the past five seasons of AMC’s The Walking Dead, is executive producer along with Susan Hogg (Three Girls) and Stephen Lambert, with Carl Tibbetts (Black Mirror) directing.

“The Feed has an incredibly provocative story that will challenge and entertain our customers,” said Brad Beale, VP of worldwide TV content acquisition at Amazon Prime Video.  “Channing Powell has an amazing track record captivating audiences globally and we’re excited to be collaborating with her on this project.”

For Liberty Global, the commission is part of a drive to own more of the content it offers subscribers.

Last year, it commissioned a debut drama, The Rook, from Lionsgate (a studio in which it is a shareholder). Starz, which Lionsgate bought in 2016, will air that in the US.

Working with All3, which it owns along with Discovery Communications, is a large component of that strategy, chief programming officer Bruce Mann has said.

“We want large scale, ambitious shows about contemporary ideas that make a global impact and get people talking, and so we were delighted Stephen and Susan brought us such a bold and thought-provoking series,” he said today.

Studio Lambert, meanwhile, is known for unscripted series such as Gogglebox and Undercover Boss, but made a significant impact with its debut scripted series, the BBC three-part drama Three Girls.

All3Media International has rights for territories not covered by the agreement.