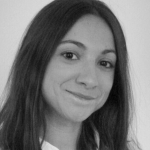 Sophie Spilliaert (pictured) joined the Paris-based prodco in December 2017 after working in the TV and film unit on BESV Bank, and will now lead the prodco’s financial operations.

De Staël is opening a new LA base for Superprod, which produces series such as Pat the Dog, and will oversee the company’s operations across North America.

She will aim to create partnerships with US companies in the feature film and TV spaces, plus push Superprod Studio (fka Vanilla Seed) as a viable 3D production option, and to coordinate and supervise resulting productions.

“Opening an office in Los Angeles will strengthen our already advanced connections in the world’s most dynamic animation market and consolidate the international position and reputation of our studio”, Superprod’s founding producers Clement Calvet and Jérémie Fajner, said in a statement.

De Staël said that French animation production expertise and “the effectiveness of the French tax rebate for international productions” would be “exceptional assets to launch this new office in the heart of the market and with ideal timing”.