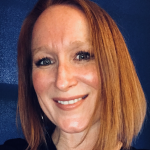 The exec (pictured) has spent the past five years as head of global strategy at another UK-based firm, Platinum Films, but has worked in the business for more than 20 years overall.

At Jellyfish, which has been ramping up its slate with new shows such as Stan & Gran, she will head up a push into owned intellectual property.

“Twenty-eighteen is going to see Jellyfish Pictures really focus on the creation of our own IP,” said Jellyfish CEO Phil Dobree. “We have had great success working in collaboration with other production companies, and now is the time to take the lead.”

He added that Llewellyn’s “experience as an animation and drama producer, and as a programming sales director, means she is perfectly placed” to help the firm reach its goals, and claimed the “signifies how seriously we are taking this side of the business”.

Llewellyn has worked on shows such as Matt Hatter Chronicles, Dream Street and Young Bear Grylls while at Platinum. She will be at Kidscreen next week with Jellyfish.