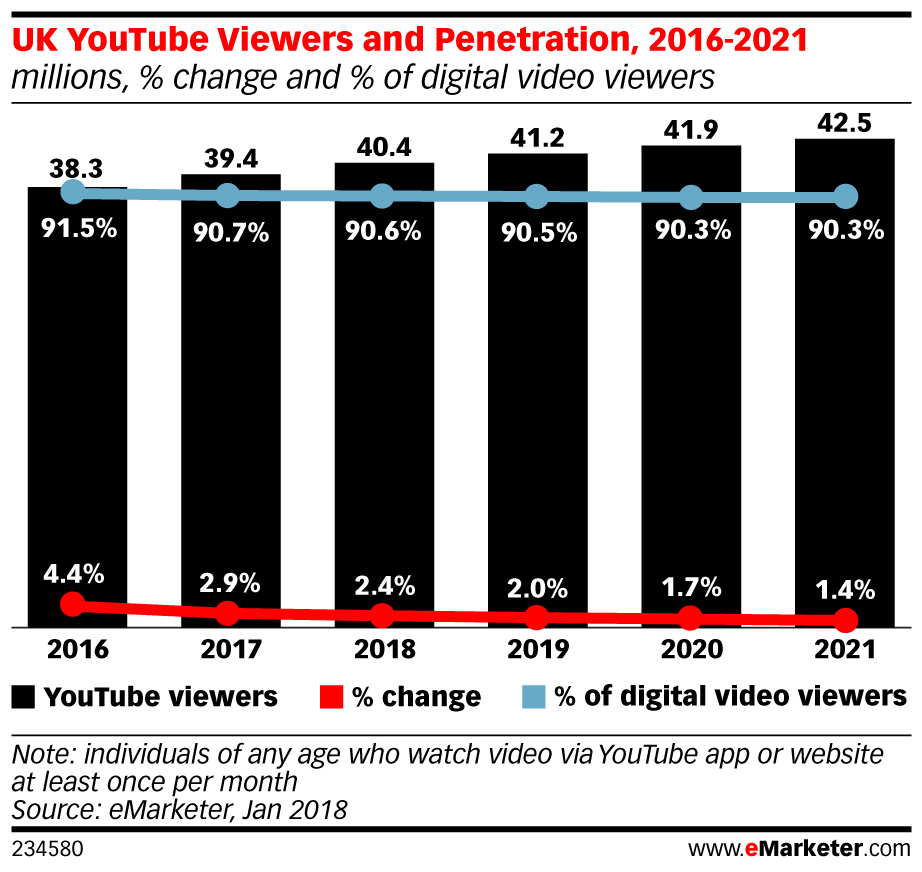 More than 90% of digital video viewers in the UK regularly visit YouTube with the platform “close to saturation”, according to eMarketer.

The research firm’s first YouTube forecast for the UK market said that 40.4 million people, or six out of 10 people in the UK, will watch video via the YouTube app or website at least once per month in 2018.

Overall the report tips more than two thirds of the UK population to watch “some form of digital video” in 2018, across platforms like Netflix, Amazon Prime and Hulu.

“UK adults have been migrating their social media and video habits over to mobile for some time,” said Bill Fisher, eMarketer senior analyst.

“It’s no surprise, then, that the social media platforms have been making major plays in the video space. YouTube viewership isn’t going to drop away, of course – it’s too well-established. But it’s going to have to compete for video-viewing time from a multitude of other options like never before.”