Mark Gordon Company’s head of drama Nick Pepper has departed from the company to join Legendary Entertainment as head of TV, according to US sources. 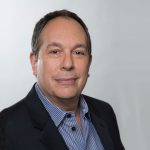 The news comes after it was revealed that Mark Gordon (pictured) would become president of Entertainment One, the distributor that has owned 51% of Mark Gordon Company since 2015.

Meanwhile, Legendary has been without a scripted television head after Lauren Whitney departed last October to become president of television at Miramax.

Mary Parent, vice chairman of Legendary, has been overseeing the TV department since the exit of Bruce Rosenblum in 2016, who has since resurfaced as president of business operations at Disney-ABC Television Group.

The company is yet to officially confirm Pepper’s appointment.

“Nick has contributed greatly to our success in television,” said Gordon. “He is a wildly talented executive poised for continued success wherever his next chapter takes him. I look forward to following the next step in an already stellar career.”

“I have been incredibly fortunate to have been mentored by Mark, one of the best producers in the business,” Pepper said of his departure from Mark Gordon Co. “It is now time for me to pursue other opportunities and continue my career in content creation.”

Pepper has overlooked shows such as Designated Survivor, Quantico and Conviction.