India’s TV18 Broadcast has become the controlling shareholder in the channels business it operates with Viacom. 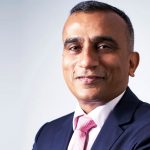 Network18 Media-owned TV18 has added 1% of Viacom’s shares in Viacom18 to become the 51% majority owner for US$20 million, meaning it takes operational and strategic control.

A further element to the agreement means Viacom will continue to supply Viacom18 with content for another ten years.

“Viacom 18 is one of the fastest growing companies in India’s dynamic media and technology sector and, as a result of this transaction, we believe it will be even better-positioned for accelerated growth through closer integration and alignment with the Network 18 Group and its affiliates, including India’s fastest growing mobile network, Jio,” said Viacom International Media Network (VIMN) CEO David Lynn.

He added that Viacom “remains strongly committed” to the venture, particularly seeing “clear potential to expand [their content agreement] in live events and recreation”.

The deal comes as Viacom18 celebrates its tenth anniversary “This development will allow us to leverage deeper synergies with Jio as we enter our next growth phase,” said Sudhanshu Vats, group CEO of Viacom18 (pictured).

“As India’s youngest full-play media organization, we remain committed to winning the hearts of our audiences across all our on-air, on-line, in-store, in-theatre and on-ground businesses- and enriching the digital life of every Indian.”

The business began in 2007 with three channels – MTV, Nickelodeon and VH1, and today has 44 networks in 80 territories and in six languages. Financial growth in that time has been significant.