For the first time this year the majority of UK children view most video content on devices other than traditional TV sets, according to a new study into kids’ media consumption. 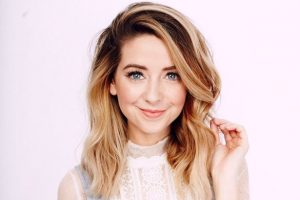 It also noted that binge viewing is a “growing habit” among children.

YouTube remains the top way for children to watch on-demand content, with practically all 5-16 year olds exploring the service while a “growing majority [are] using it every single day”.

“TV sets have been the focal point in a lot of homes for many years, but they are falling out of favour amongst children,” said Simon Leggett, research director for Childwise.

“Viewing has changed to become personal and private rather than a group activity gathered round a traditional television set. The era of fighting with your siblings over what to watch on TV is over.”

Childwise said that Zoella losing the top spot to Logan Paul – who recently came under fire for apparently uploading a video featuring footage of a suicide victim (read more at our sister site Digital TV Europe) – could imply a “new era” in what YouTube content is popular with children.

“However, children’s favourite new vloggers are more edgy, with a style more akin to negative playground behaviour where the most popular vloggers are the ones that do the worst possible things they can get away with on YouTube.”

Childwise is an independent market research agency specialising in children and young people. For the report it independently surveyed more than 2,000 children in schools across the UK about media consumption, purchasing and social habits as well as key behaviour.