US studio Lionsgate is “very interested” in a merger deal and is talking to various potential partners, according to vice chairman Michael Burns. 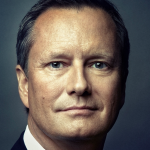 Talking to CNBC, he said: “We’re very interested in the consolidation space. Obviously that’s something very important to us.”

While declining to address a specific deal, Burns (pictured) said discussions over a merger could begin “at any time”.

Telecommunications firm Verizon was mooted as one potential partner, a deal that would mirror AT&T’s proposed takeover of Time Warner.

Comcast, which owns CNBC and is parent of NBCUniversal, and Amazon are also being linked to Lionsgate, which itself bought premium cable network Starz for US$4.4 billion last year.

Burns said Lionsgate was now a “US$7 billion market cap company”, said Burns, which made it a “pint-sized bite” for many bigger companies.

He said any deal that enhanced shareholder value was viable, but declined to say who was the preferred partner.

He also said he expected the re-merging of CBS and Viacom to happen, with the Redstone family controlling both companies, and agreed Lionsgate could add to that matrix. “It could be a three-way deal or a two-way deal,” he added.

Talk around the future of Lionsgate has been swirling since the turn of the year, as media and entertainment companies clamber to find scale in an increasingly consolidated market.

Other potential deals on the horizon include Apple making a play for Netflix.