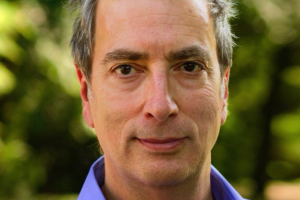 Reporting to FMNA’s EVP of scripted business ops, Susan Gross, Shane will oversee all aspects of scripted production for the company, including sourcing, hiring and managing all key production personnel.

He joins from House of Cards prodco MRC, where he served as the SVP of TV production.

Sherwood will be responsible for sourcing, developing and pitching original programming. She will also source international programming for acquisition.

Most recently, Sherwood was with Silk Road as partner producer. She has also served as consulting producer for the Netflix series Anne With An E.

Lastly, Jones will work alongside Sherwood. He joins from The Weinstein Company where he served as manager of development. He has worked on popular series from The Romanoffs, Waco and Six.

“I couldn’t be more pleased to be expanding our team with these three industry veterans,” said Dante Di Loreto, president of scripted entertainment at FMNA.

“At FMNA we have a clear and defined vision. Building on the success of American Gods and our global series The Young Pope, Hard Sun, as well as the upcoming Picnic at Hanging Rock and My Brilliant Friend, we strive to align ourselves with the very best creative talent. Reid, Jennifer and Oliver are trusted collaborators and the perfect additions to this award-winning team.”

Over in Europe, Fremantle format X Factor is returning to Germany, where UFA Show & Factual is producing the show for Sky Deutschland’s Sky 1 entertainment channel.

According to reports from the US this week, Jones’ former firm, The Weinstein Company, is in exclusive talks with former Barack Obama advisor Maria Contreras-Sweet over the sale of its TV and film assets.

The Wrap reports she will rebrand the firm, establish a multi-million ‘victims fund’ for women affected by the alleged abusive sexual behaviour of Harvey Weinstein and move the firm from its Beverly Hills office to Broad Green Pictures’ defunct base in LA’s Larchmont VIllage.