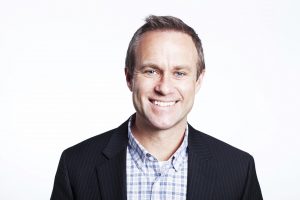 Anderson will work closely with Authentic’s CEO, Lauren Lexton, and its executive VP of production and content, Jeffrey Weaver.

The veteran was formerly with ESNA and for the past two years has served as VP of unscripted productions, where he produced and oversaw delivery of top series such as Billion Dollar Buyer and Minute to Win It.

“These are exciting times in the content business, and I’m thrilled to have Kirk join the Authentic team,” says Lexton.

“Not only does he have the knowledge and insight to help pave the way into the future, but his experience with Endemol Shine enables us to take advantage of the resources our parent company has to offer, while still maintaining our ‘authentic’ independence.

“Between traditional long-form series and short-form, branded, and multi-platform content, Kirk will help insure that we remain efficient and dependable, while still allowing for the game-changing content that helped to build the company into what it is today.”