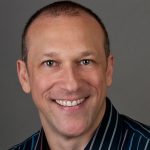 Greenberg confirmed the news via Twitter yesterday, after Variety first broke the story.

Gena McCarthy will replace Greenberg, who has been executive VP and general manager of US network FYI for two years. She was previously FYI’s EVP of programming and development.

Butter Works will be a full-service consulting firm for digital video ventures and looks to offer business and creative support.

Greenberg has stated that he will continue to work with A+E Networks with his new outfit.