US-based T Group Productions has signed an overall coproduction deal with Everywhere Studios, which is owned by veteran television exec Tom Mazza and the founder of Helifilms, David Calvert-Jones. 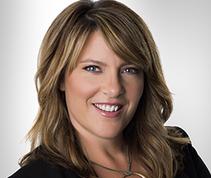 The prodco will serve as the production entity for Everywhere’s five-picture commitment with People Magazine at Disney-owned Freeform for a slate of true story movies under the banner People Presents.

In addition, Everywhere will create, develop and produce scripted programming that will be coproduced with T Group in the US and UK.

T Group has shown interest in scripted projects as of late, with projects such as Worst. Birthday. Ever landing at CW Seed and Return of the Mac at Pop and CBS Studios. The new moves look set to build momentum in this play.

Daly, Mazza and Calvert-Jones will serve as executive producers on all series.

“He’s an ideal partner for us as we continue to expand into scripted and make it a priority with these five incredible projects.”

Mazza said: “I’ve known Jenny from when we first worked together at Paramount. She is a truly gifted creator, showrunner and executive who has built an impressive team at T Group.”