Joel McHale, the former star of NBC/Yahoo comedy Community, is set to host a new topical series The Joel McHale Show with Joel McHale, for Netflix. 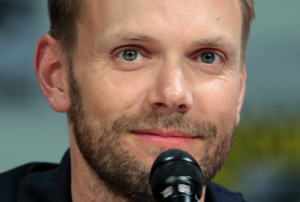 The unscripted title will launch globally on 18 February. McHale announced the project via Twitter with a short snapshot of what’s to come.

Netflix has ordered 13 episodes to roll out weekly. The show takes an absurdist look at pop culture and news from across the globe. It will feature celebrity guests, comedy sketches and video clips from TV, sports and politics.

McHale will also act as executive producer on the show, along with Bridesmaids and Ghostbusters director Paul Feig.

The series is from Pygmy Wolf Productions, Free Period Productions, and Feig’s Fiegco Entertainment in association with Lionsgate Television.

This is Netflix’s most recent push into talk shows, after the first episode of David Letterman’s My Next Guest Needs No Introduction featuring ex-US President Barrack Obama was launched recently.