Caryn Mandabach Productions, which produces hit tile Peaky Blinders for BBC Two, has optioned the TV rights to Kazuo Ishiguro’s (pictured) novel When We Were Orphans. 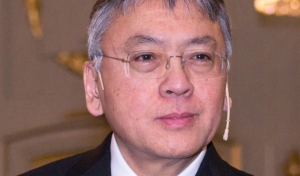 Ishiguro’s widely read novels have made him the recipient of the Nobel Prize in literature in 2017. His novel Never Let Me Go was transformed into the popular feature film of the same name, starring Carey Mulligan.

When We Were Orphans tells the story of Christopher Banks, a celebrated detective in 1930s London. His encounters with friends past and present lead him to unravel a mystery surrounding the disappearance of his parents during his childhood in Shanghai, China.

Glazebrook said: “Each one of Kazuo Ishiguro’s masterpieces contains a world so vivid that one feels one has lived inside it. When We Were Orphans is no exception – a psychological thriller like no other that extends across continents into the heart of a war.

“It’s a very personal adventure that resonates today, and we could not be more excited to bring this extraordinary story to the screen.”

Ishiguro added: “TV has now become such an exciting way to tell stories – so much is possible – and I can’t tell you how thrilled I am about the company that gave us Peaky Blinders developing my London/Shanghai ‘detective novel’ When We Were Oprhans.”