National Geographic Partners and Vice Media have teamed up for, Explorer, a multi-platform series that seeks to investigate some the contemporary issues that affect the lives of people across major Latin American cities. 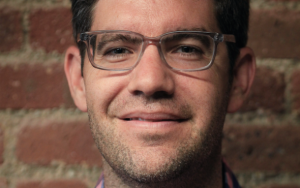 With the contribution of National Geographic explorers, Vice has been commissioned to produce the 14-part series, with different hosts traveling the continent to uncover themes such as what’s behind the pollution in Mexico City or the contamination of Riachuelo river in Buenos Aires.

Furthering its partnership with Vice Media, National Geographic Partners has acquired a content bundle of Vice´s  original series for #NG PWR!, a new programming block created for and by millennials, which will premiere in February.

At launch, VICE content will include shows such as: Huang´s World – a show that follows Eddie Huang as he explores multiculturalism through food and Nuts & Bolts – a how-it’s-made show hosted by US rapper Tyler, The Creator.

Diego Reck, executive vice president of National Geographic Partners in Latin America said: “At National Geographic we support day by day the work of hundreds of explorers that seek to change the world through research. NG Explorer Latin America is a new opportunity to bring their contributions closer to the people and to inspire new generations to be the engine of positive change for the future.

“For this mission, we consider it essential to have the support, narrative and structure of Vice, a preeminent youth-media company with an excellent reputation for multi-platform content.”

James Rosenstock (pictured), president of VICELAND International and chief corporate development officer at Vice Media, said: “Collaborating with one of the world’s foremost factual entertainment channels, we’re confident Vice’s premium programming will feel right at home with Latin American audiences. An expansive market with a wealth of opportunity, this deal underpins our continued dedication as we solidify our presence across the region.”

The news arrives as Vice attempts significant global expansion, which continues to grow through the launch of multi-platform partnerships and content collaborations with media and mobile providers around the world.

Over the last year, Vice has unveiled a range of global deals spanning Brazil (Globosat), The Middle East, and India (Times of India).