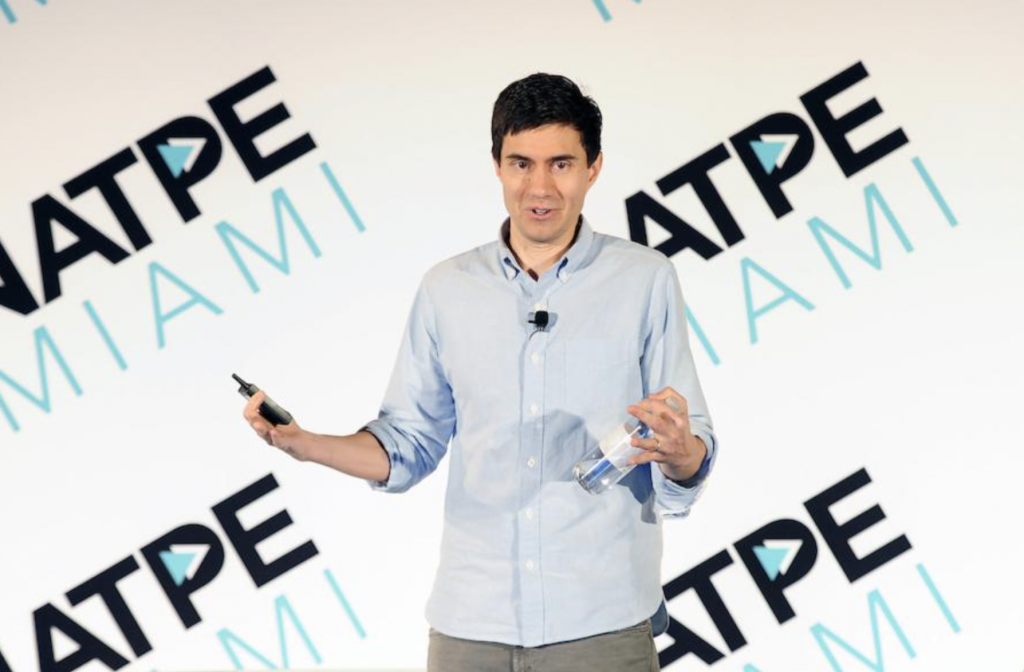 This week, Facebook made a good fist of appearing far more like a broadcaster than it would hope.

The social media giant’s head of global creative strategy (head of video to you and me), Ricky van Veen, rankled some delegates in the audience of his keynote presentation at NATPE and drew praise from others.

While announcing new shows with Bear Grylls and Blumhouse Television for on-demand platform Facebook Watch, van Veen said that the series working best on the platform were those scheduled at a regular time, with episode dropping on specific days. Sound familiar?

One well connected exec quietly said to TBI in response: “That’s what we’ve been doing in the TV for 70 years – does he think this is new information?”

Something certainly not from the Broadcasting 101 manual is the scope of engagement Facebook can create around its original content. Van Veen noted that characters are often given social profiles much like regular, real-life people, and can build their posts and content into the make-up of the plotline.

That’s where the intrigue is, a number of producers told TBI this week – the ability to create an immersive world using the familiar Facebook interface (and that of picture messaging subsidiary Instagram) does genuinely seem to be a true example of what once might have been called ‘media convergence’.

A slightly surreal addendum was van Veen explaining how this strategy led the platform to acquire rights to Lithuanian basketball games.

Basketball-themed series Ball in the Family has been a breakout hit in the months since Watch’s launch (it was recently parodied on NBC’s Saturday Night Live), so when its star, Lavar Ball, put his kids into the Lithuanian league, an opportunity presented itself. “What we’re able to do is reach out to fans of Ball in the Family,” said van Veen.

The former Notional CEO and co-founder of CollegeHumor then made a call for pitches for shows that “capture a niche audience”, especially on the unscripted side.

“We’d prefer to find something that is small and loved rather than something big that people will watch and forget about,” he said.

Interestingly, many of Facebook’s orders so far have been in traditional genres – home reno series Win This House! has been successful, according to the Facebook content chief.

Van Veen sees such shows, which demand a lot of social interaction, at the core of Mark Zuckerberg’s recent admission that Facebook is refocusing on community, friends and family over brands and news.

“The community lens we use – a focus on meaningful social interactions is core,” said the exec. “We’ve always said we’re not going after content that just drives passive viewership. We wouldn’t do a procedural, but would lean more towards something like Scandal that really drives the conversation.”

To that end, Facebook won’t be playing in the premium scripted space. “We’re not going to win by competing in hour-long prestige dramas,” said van Veen.

Closing off his session, van Veen expressed his excitement for Facebook’s remake of experimental Norwegian teen drama Skam, which releases content in real time (so if a scene in the show is due at 7pm on a Friday, that is when the episode is launched).

However, he was guarded when pushed on a launch date for the series – another classic trope of the traditional broadcaster. “When will it launch? Soon,” said van Veen. “We haven’t announced that yet.”

Argonon Group has acquired Like A Shot Entertainment and appointed a US-based COO, Shirley Escott, marking its intentions to expand into non-UK territories and focus on IP

ITV Studios Global Entertainment has signed a deal with Swedish broadcaster SVT for 80-hours worth of programmes, including Vanity Fair, Trauma, Age Before Beauty, Poldark and more

Kew Media Group has made 350 hours worth of drama deals across Latin America, it announced at NATPE.

A+E Networks International is set for a worldwide broadcasting first – the History of Football, a 14-day, 24/7 television event, running from May 28 to June 10, 2018, ahead of the 2018 World  tournament in Russia

Keshet International’s Rising Star has been re-commissioned for a second and third series by Colors TV, Viacom18’s flagship entertainment brand in India

Malaysia’s Animasia is set to bring Chuck Chicken Junior Warriors, currently appearing on Netflix, to a range of territories in South East Asia

TwoFour’s A Night With My Ex is going global, receiving commissions from Vox in Germany and NPO3 in the Netherlands