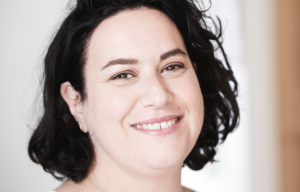 Thunderclap was launched under the Tinopolis banner in October 2017, and is headed by managing director Claire Zolkwer (pictured), a former ITV commissioning editor for comedy and entertainment.

Price is joining the company to begin the delivery of its wide range of content and formats.

Since leaving Endemol Shine as Creative Director of Big Brother, Price has been Executive Producer at Tiger Aspect, overseeing the revival of Channel 4 format Streetmate, and developed a number of factual entertainment and reality formats at Second Star and Studio Ramsay, part of the Objective Media Group.

Price has worked across some of the industry’s most popular formats including Big Brother, Ant and Dec’s Saturday Night Takeaway, Don’t Tell The Bride and Who Wants To Be A Millionaire.

Zolkwer said: “Susy has an outstanding track record and has worked on some ground-breaking shows, so I am thrilled she is joining Thunderclap to apply her valuable expertise. We already have a number of unique projects in development and Susy will be instrumental in making them happen.”

Price said: “I’m delighted to be working alongside Claire and I am really excited about her vision and ambition for Thunderclap. I cannot wait to get stuck in.”