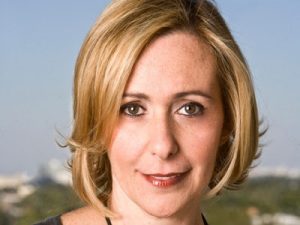 N00Bees will be produced in Spanish for Nickelodeon’s audience in Latin America and customised to Portugese for viewers in Brazil.

Created by Enrique Perez via Mediapro Group’s production company 100Balas, the series will be shot in Bogota, Colombia. It will begin production in April and debut pan-regionally by the end of 2018.

The 60×1-hour series follows Silvia, a new gamer, as she helps her brother Erick and their friends Tania, Pablo and Niko in video gaming challenges.

The series will be distributed internationally by VIMN America.

Tatiana Rodríguez, SVP and brand head of the Kids & Family group for Nickelodeon Latin America (pictured), said: “With the growing popularity of E-sports and gaming among kids, we are delighted to partner with Mediapro to deliver this unique scripted series.

“Mediapro’s experience in the e-sports industry, along with the series’ innovative storyline, engaging characters and on-trend gaming theme is certain to make an impact with Nickelodeon’s audience in the region and create new fans in the process.”