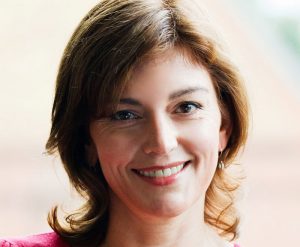 Sky Vision has announced a new deal with prodco Avanti Media that will see the production and international distribution arm of Sky increase its stake in the company to 51%.

Sky Vision acquired a minority stake in the company in early 2017 and has increased its property following a “successful working relationship”.

The companies already have a distribution relationship via a two-year first look deal that was agreed in 2016.

Avanti is a factual and entertainment specialist producing both UK network and Welsh language programming. It was founded by Emyr Afan and Mair Davies in 1997.

It will sit in Sky’s production portfolio alongside nine other companies including Love Productions, Blast Films, True North and Sugar Films in the UK and Jupiter Entertainment, Znak&Co and Talos Films in the US.

Sky Vision managing director Jane Millichip (pictured) said: “We have been working with Avanti for two years now, so the acquisition of a majority stake is a natural extension of our joint growth strategy.

“Emyr Afan and Mair Davies have built an exciting production business with a strong mix of event-based entertainment through to current affairs and documentary, testified by recent commissions; the Mobo Awards on Channel 5; the BBC’s Songs of Praise; and BBC Wales’ current affairs series The Hour.

“We believe Sky Vision will provide strong commercial partnership, and Avanti is a complementary fit in our growing production portfolio as a Network and Nations and Regions supplier.”