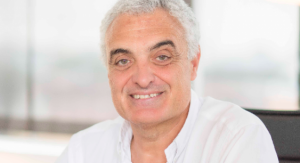 Pasquinelli has been named CEO of Endemol Shine Group’s Italian arm, which had more than 40 unscripted productions on local TV in 2016 and 2017.

Bassetti has been with Endemol Shine and predecessor Endemol for nearly 20 years, but is leaving to “undertake a new chapter”.

His expanded role will see him take on the same responsibilities for local operations in Italy, as well as leadership of Magnolia.

“Endemol Shine Italy has flourished under Paolo’s leadership, particularly in recent years,” said Sophie Turner Laing, Endemol Shine CEO, adding: “His legacy will be a creative, prolific and collaborative team in place to build on these achievements.”

Pasquienlli, a veteran executive producer, had previously joined Endemol Italy from Mediaset, where he was head of light entertainment in the late 1990s and early 2000s, in 2004.

He was named VP in 2008 before leaving to become CEO of Banijay Group-owned Magnolia in 2014.

He is taking up his new role in forthcoming months following a handover period with Bassetti. Senior Endemol Shine Italy and Endemol Shine Group management will support them during the interim.

Endemol Shine Italy’s shows include MasterChef Italia, Next One, The Best Years of Our Lives, Big Brother Italia and Ready Steady Cook, with Tuscan Passion, Tangled Lies and The Teacher among the scripted efforts.