Following the investigative takedown of Harvey Weinstein last year, New Yorker reporter Ronan Farrow has been signed by HBO to develop investigative documentaries over the course of three years. 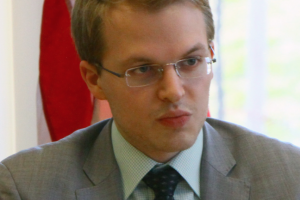 For the deal, Farrow will continue to document the abuse of power by individuals and institutions, and will proceed in tandem with ongoing reporting for The New Yorker, which he is joining as a contributing writer.

In addition, Farrow will produce and host other topical, newsworthy pieces for US premium network HBO’s various platforms, which are yet to be confirmed.

“Ronan Farrow’s extraordinary, revelatory reporting for the New Yorker has helped to propel a string of other investigations, breakthroughs and overdue conversations,” noted president of HBO programming, Casey Bloys.

“His work has contributed to this watershed moment in our culture, and we are excited to provide a platform for this dogged reporter to pursue projects that continue to speak truth to power.”

Farrow said: “Over the course of my television and print investigations in recent years, it’s become clear to me that there’s a new generation of viewers seeking out serious, substantive reporting that takes on powerful interests and attacks systemic unfairness that too often is swept under the rug.

“There’s an extraordinary team at HBO committed to that kind of journalism, I know HBO is the right home for this work, and I can’t wait to get started.”

Farrow was one of the reporters instrumental to the exposure of sexual harassment claims made against Harvey Weinstein in 2016, a watershed moment that has led to a range of dismissals of TV execs and a halt in popular productions.