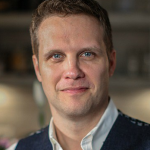 Haynes has joined as head of TV development and will report to Garson Foos, the co-founder and president of parent company Shout! Factory.

Shout! Studios was established in November last year, and with Haynes on board it will now push into television and digital content development.

Haynes was senior VP of comedy and animation at MTV, overseeing development teams and production for nearly 20 years.

More recently he led his own prodco, Picture Arcade, and in the past worked as VP of programming for Canadian channel The Comedy Network, where he developed Corner Gas.

In November, it established its development, production and distribution wing. Company veteran David McIntosh was tapped to lead it as senior VP of content licensing and strategy.

The division is currently developing non-fiction book Desperate Networks, about the race for ratings in the US during the 2000s, with writer Bill Carter.