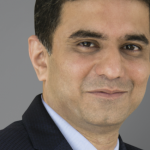 Emerald Media is behind the deal, financial terms of which were not disclosed.

It already has an investment in South Asian OTT service YuppTV and a number of other advertising- and e-commerce- focused businesses.

Cosmos-Maya is behind nine series currently on air in India, including Motu Patlu, Shiva, Eema Meena Deeka and Kisna, with the series being for the likes of Viacom18, Disney India, Netflix and Turner.

The prodco is also working on three international coproductions – Cactus Jack, Atchoo! and Help Me Ganesh.

It also has a kids-focused YouTube channel, WowKidz, which has more than two million subscribers.

Former News Corp exec Aiello, who has worked extensively in Asia through his involvement as CEO of Chernin Group’s CA Media, said Cosmos-Maya had “made great strides in the animation space in the past few years”.

“Their original shows have been huge successes and paved the way for original Indian content to compete on a global platform,” he added.

“With its successful and sizeable IP bank, strong business associations, a passionate team and the constant quest for quality – combined with the capital, domain knowledge and management bandwidth that Emerald Media brings on board – Cosmos-Maya is now poised for a global 360-degree approach to grow and monetize its brands through content, media, marketing, distribution, licensing and retail to markets, for kids across the world,” said Cosmos Maya CEO Anish Mehta.