With analysts this week claiming sports remains the critical factor in pay TV subscriptions, Iain McDonald from Lewis Silkin argues the battle for sports rights offers a glimpse into the future of television. 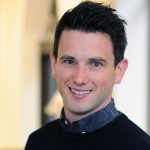 With the arrival of US tech giants onto the scene, television has undergone a radical transformation over the last decade – a transformation still far from being complete. Whether it’s Google-owned YouTube, Facebook Watch, Amazon Prime Video, Twitter or Netflix, these tech companies are taking on an ever more prominent role in broadcasting.

The likes of Netflix and Amazon successfully used long-form drama as a Trojan horse to enter the market and the Silicon Valley firms now have their sights set on sports broadcasting.

There are numerous examples of tech firms entering the live sports broadcasting market, perhaps the most prominent being Amazon’s US$50 million deal for the streaming rights of Thursday night NFL games. Other examples include Twitter’s arrangements to broadcast US PGA golf and YouTube streaming the 2016-17 UEFA Champions League final. The scale and volume of these deals will only increase.

Many experts, including Ed Woodward, vice chairman of Manchester United, expect to the likes of Amazon enter the bidding in the next Premier League rights auction. It remains to be seen whether tech firms will swoop in on the crown jewels – exclusive live broadcast rights.

However, there are inherent differences between the sports rights market and the traditional content carried by platforms such as Amazon Prime and Netflix, which leave question marks over whether the Silicon Valley giants will bid on the marquee packages.

A key feature of this strategy is that the content is ‘original’ and the rights are owned by the platform, removing friction in terms of distributing the content to a global audience. This, however, is not possible with the other principal generator of water-cooler moments – live sport. In sport, rights are sold market by market – a fundamental feature of sports rights holders’ broadcast sales strategy.

When viewed through this prism, there is huge speculation focused on how much financial grunt the tech giants are prepared to unleash on the sports scene.

In reality, the track record of the tech behemoths in sports broadcasting has been a small ripple compared with the US$4.2 billion Sky paid in the last Premier League auction in the UK. Deals have been focussed on the acquisition of less significant digital streaming rights.

To date, there has yet to be an all-out war between new and traditional broadcasters. This has been good news from a licensing perspective, as rights packages can now be sold for both live broadcast and digital streaming.

There are signs, however, that Silicon Valley players are beginning to step up to the plate. Amazon recently outbid Sky for the exclusive live rights to the ATP Tour tennis and Facebook unsuccessfully bid US$610 million over five years to broadcast the Indian Premier League cricket. Indeed, Mark Zuckerberg has stated that in the future sport will become key to Facebook Watch content.

The implications of this change on broadcasting are for the moment unknown, but the prevailing consensus in the industry is that even the largest tech firms might not wish to compete for marque live broadcasting rights.

For the time being, exclusive live sport remains more valuable for Sky or BT than Amazon or Netflix – the return on investment is significant for traditional multimedia and telecommunications companies. For example, in the UK, BT and Sky will use Premier League rights to attract customers to a wide range of services, cross-subsidising loss-making rights packages by selling more broadband, television and mobile bundles.

There is clearly a growing tension over sports broadcasting between new market entrants and traditional broadcasters, but we are still a long way off the hyper competitive context of long-form drama.

If the tech firms are able to conquer the arena of sports broadcasting in the same way, then the market will have been disrupted to an even greater level.

Drama has given us insight into what the future of television may look like. The fate of live sports could give us a definitive answer.