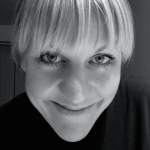 She joins the Ninja Warrior UK producer this week as a creative director, having previously been executive producer at The Great British Bake Off prodco Love.

Potato managing director Martin Kelpie said the hire was strategic. “I’ve made no secret of the fact that we are looking to increase our commissions off ITV, and with her huge experience and in-depth knowledge of the industry, Sharon is joining us at the perfect time to help us achieve this goal,” he said.

Powers has previously worked at ITVS, where she was the executive producer of talk show Loose Women and Let’s Do Lunch… with Gino and Mel.

She is also known for a five-year spell as creative director and EP at Endemol UK (now part of Endemol Shine UK), where she worked on Big Brother and Celebrity Big Brother when the shows were on Channel 4.

She also spent four years as commissioning editor for factual entertainment and entertainment at Channel4, she continued to oversee Big Brother, plus series such as TFI Friday and The Big Breakfast.

As well as the UK remake of assault course-themed format Ninja Warrior, Potato is also behind ITV gameshow The Chase and Bear Grylls Survival School.