Indian SVOD service Hotstar is targeting the Gen-Z audience after striking a content deal with youth-focused US firm Awesomeness. 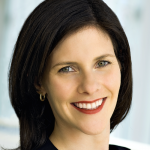 This will see shows such as Freakish, [email protected] and Confess joining the Hotstar library.

Hotstar, which faces competition in India from the likes of Amazon Prime Video and Hooq, already has partnerships with the likes of HBO, The Walt Disney Company and Showtime through its Hotstar Premium brand.

“Hotstar’s audience of 60 million users provides us with the opportunity to expand our reach and deliver on our promise of bringing the Gen Z audience the best and most creative programming, no matter where they are,” said Rebecca Glashow, head of worldwide distribution at Awesomeness (pictured).

With investors such as Comcast and Verizon behind it, Awesomeness has struck content deals with the likes of ITV in the UK and Viaplay in the Nordic region.