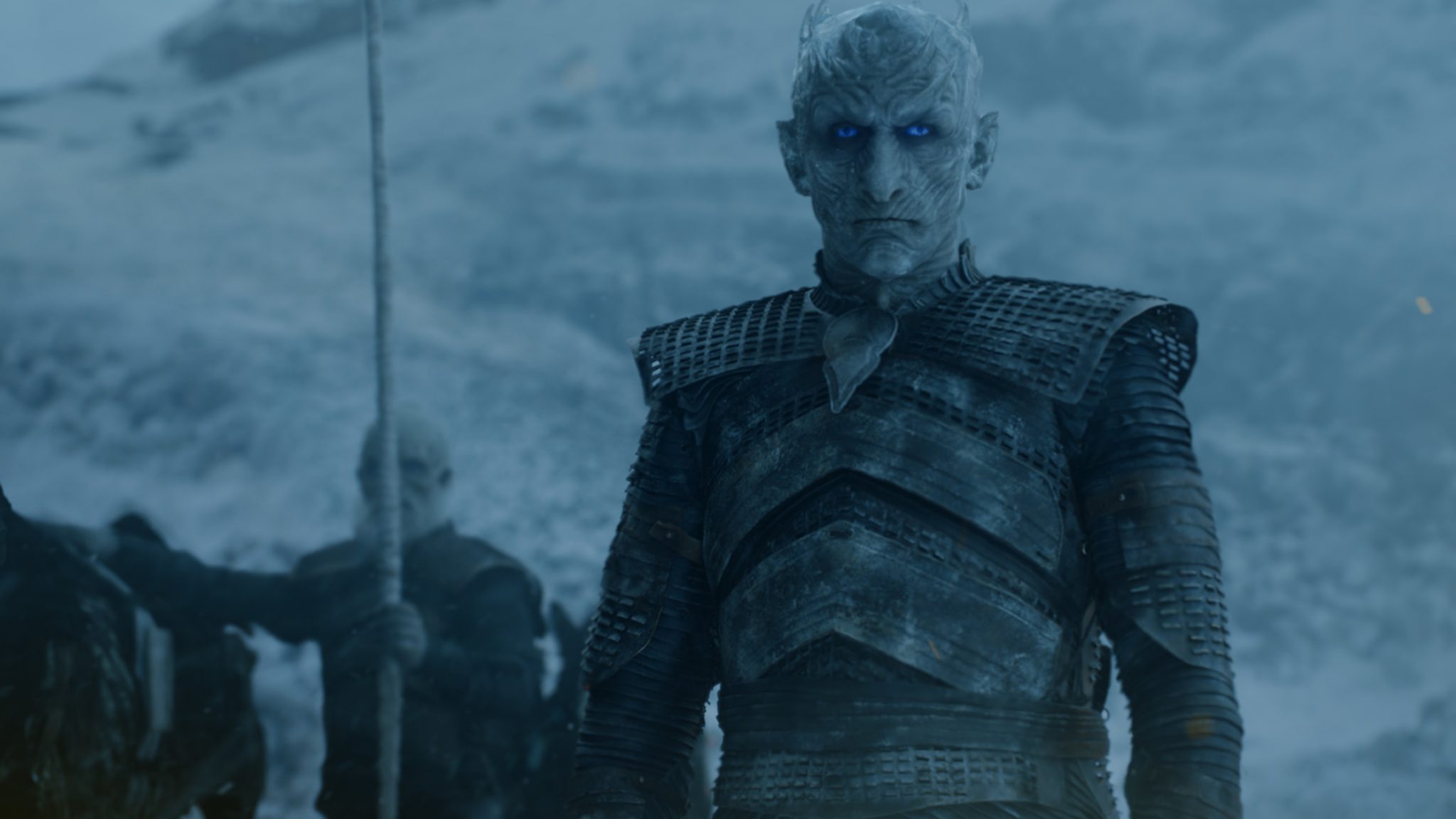 HBO’s Game of Thrones has retained its unwanted crown as the world’s most pirated TV show, according to file sharing blog TorrentFreak.

The epic drama has held the position for the past six years, and once again eclipsed AMC’s The Walking Dead as the most downloaded TV programme on fie sharing service BitTorrent.

Adult Swim animated comedy Rick and Morty was the biggest new arrival in TorrentFreak’s annual top ten, coming in just behind The Walking Dead in fifth.

The data showed the highest number of people actively sharing a Game of Thrones episode was 400,000, a spike that occurred right after the season seven finale in November.

It’s worth noting the TorrentFreak stats only include BitTorrent downloads, and that the blog has changed its measurements to stop reporting download estimates.

However, Parrot Analytics demand expression data has repeatedly shown Game of Thrones to be the most popular title on the market, meaning the new stats are likely to be accurate.

Below are the stats for the most torrented TV shows worldwide for a single episode in 2017. 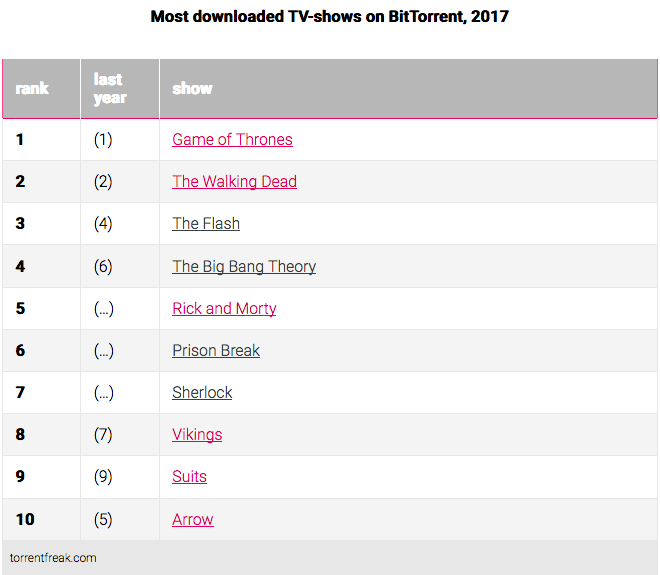