Erik Huggers has stepped down as the president and CEO of major label-backed music video and entertainment platform Vevo. 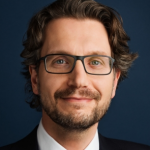 In a statement Vevo said that Huggers had decided to leave to “pursue new opportunities” and thanked him for his work since joining the company in 2015.

During his tenure, Huggers had focused on launching an SVOD service and upping original programming.

“We would like to thank Erik for his hard work, dedication and leadership at Vevo, which grew dramatically during his tenure and helped forge stronger connections between artists and fans through popular features and original programming,” said Vevo’s board of directors in a statement.

Huggers joined Vevo less than three years ago after leaving Verizon, where he was senior vice president and president of the OnCue business it had acquired from Intel. Verizon used the service to help develop its Go90 online video offering.

Prior to Verizon, Huggers developed OnCue at Intel, where he was president of the company’s media division from 2011 to 2014. Before that he led the BBC’s Future Media & Technology division and helped oversee the launch the BBC iPlayer.

Vevo was founded in 2009 and is a joint venture between the big three record labels Universal, Sony and Warner Music Group – with the latter coming on board and making its videos available on the service last year.

Vevo makes music video content available on YouTube and its own platform and apps and claims an average 25 million unique viewers a day and 25 billion viewers per month. It is available to viewers in Australia, Brazil, Canada, France, Germany, Ireland, Italy, Mexico, the Netherlands, New Zealand, Poland, Spain, the UK, and the US.